Read More In This Index 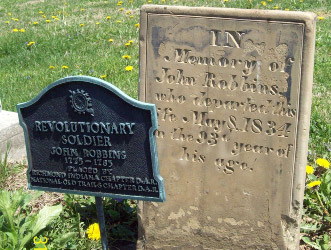 From April 19, 1775 when Minutemen and British redcoats clashed at Lexington and Concord, Massachusetts until September 3, 1783 when The Treaty of Paris was signed, American colonists fought a ragtag, difficult war for independence and self-government. Men and boys would enlist, serve a few months, go home to get in crops or recuperate from wounds, and then enlist again. Women struggled to care for families, farm, run businesses, and provide supplies to the troops.

There seemed little doubt at the start of the conflict that England would prevail. An estimated 7,200 soldiers and sailors lost their lives, cities were destroyed, commerce and farming disrupted, disease and hunger were often suffered. Success was elusive. When The British General Lord Cornwallis surrendered at Yorktown and open hostilities ceased on October 19, 1781, the inconceivable had occurred. The former British colonies were independent and a new nation of self-governing people could be formed. At the Yorktown surrender, Cornwallis realizing the enormity of change the colonists’ victory signified, asked his military band to play a popular tune of that time, “The World Turned Upside Down.”

The United States would still have many years of struggle to define itself, create a workable constitution, and ensure that the union would endure. Some might argue we are still struggling to effect an ever more perfect union and realize the promise in the Declaration of Independence and the much later “Bill of Rights” in the American Constitution:

We hold these truths to be self-evident, that all men are created equal, that they are endowed by their Creator with certain inalienable Rights, that among these are Life, Liberty and the pursuit of Happiness.

Veterans of the Revolution not only returned home to take up their daily lives, many went on to pioneer and settle lands far to the west of the original thirteen colonies. Quite a few of these veterans came to live and eventually die and be buried in Wayne County, Indiana.

Mr. Reed graduated from Centerville High School in 1966. He served in the U. S. Air Force for twenty years, retiring in 1986. He has an Associate’s Degree in Education and has studied U. S. history concentrating on the Civil War and World War II. Mr. Reed is also a retired antique dealer. He has engaged in genealogical research for the last thirty-two years. Mr. Reed is currently working on a study of Wayne County tombstones.