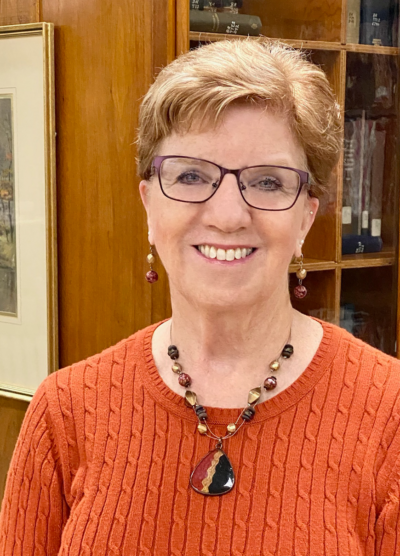 [RICHMOND, INDIANA] The Board of Trustees for Morrisson-Reeves Library (MRL) announces the retirement of Director Paris Pegg, who is retiring on May 1, 2022. Pegg has held the position for a decade and is only the 5th Director since the library was founded in 1864.

“I came to Richmond over ten years ago and haven’t regretted a single minute! Being from a small town and having lived in a variety of places both in the United States and overseas, I can honestly say Richmond is the best combination of a small town, “family” feel, and big city convenience,” exclaims Paris Pegg. “When I first moved to Richmond, I was amazed at the friendly, welcoming people I met and soon felt right at home. Now, I don’t want to live anywhere else,” she adds. “The staff of the Morrisson-Reeves Library played a major role in making me feel accepted and appreciated. They are each an asset to MRL and demonstrate sincere compassion and commitment to service to the community. It’s been an honor to lead the library and complete many impactful projects during my time at MRL.” 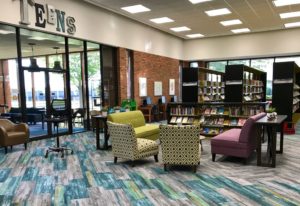 Under her leadership, the library has remained a vital community resource and fulfills MRL’s mission daily by connecting people to information, inspiration, and infinite opportunities. Paris Pegg’s community-first leadership approach truly shined during the global pandemic. Realigning the library’s service model offered local citizens the most needed services during closures and lockdowns. Along with her staff and Board of Trustees, Pegg continues the tradition of library excellence, all while molding the library’s legacy initiated in 1864 by library founder Robert Morrisson.

“Paris Pegg has served Morrisson-Reeves with great care and distinction. Her management and stewardship of MRL’s resources have provided financial security that has allowed the library to flourish,” expressed President of the Library Board of Trustees, Jennifer Lewis. “Paris has guided the library through significant renovations to the facility, much-needed technological upgrades, and multiple strategic planning processes that have built on the library’s strengths and provided for exciting new initiatives. Her commitment to our community, along with her advocacy on behalf of the library’s staff, is unwavering.” She adds, “Paris leaves behind a legacy of excellent leadership that will benefit Morrisson-Reeves well into the future. We wish her the very best in her next chapter.” 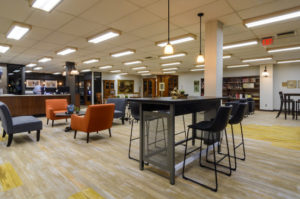 Through her decade of leadership, she has offered oversight of library projects, including replacement of retaining walls, exterior beautification, installation of energy-saving LED lighting, and the addition of a state-of-the-art air filtration system to safeguard patrons and staff at the onset of the pandemic. She also oversaw the renovation and redesign of the Clarence Brown Research Center, Teen Space, and significant portions of the public spaces on the main floor of the library, updated technology, and digital services, including the recent installation of an RFID security and circulation system.

Pegg is honored to serve her community through volunteerism and leadership opportunities as Past Board Chair for Birth to Five, Past Board Chair of the Wayne County Literacy Coalition, and Vice-President of Community Action of East Central Indiana. She serves on the Parents as Teachers Advisory Council, Head Start Policy Council, and the 211 Advisory Board.

A nationwide search is underway by the Library’s Board of Trustees and a selection committee to fill the position. Interested applicants can find more information online at https://www.mrlinfo.org/DirectorSearch.