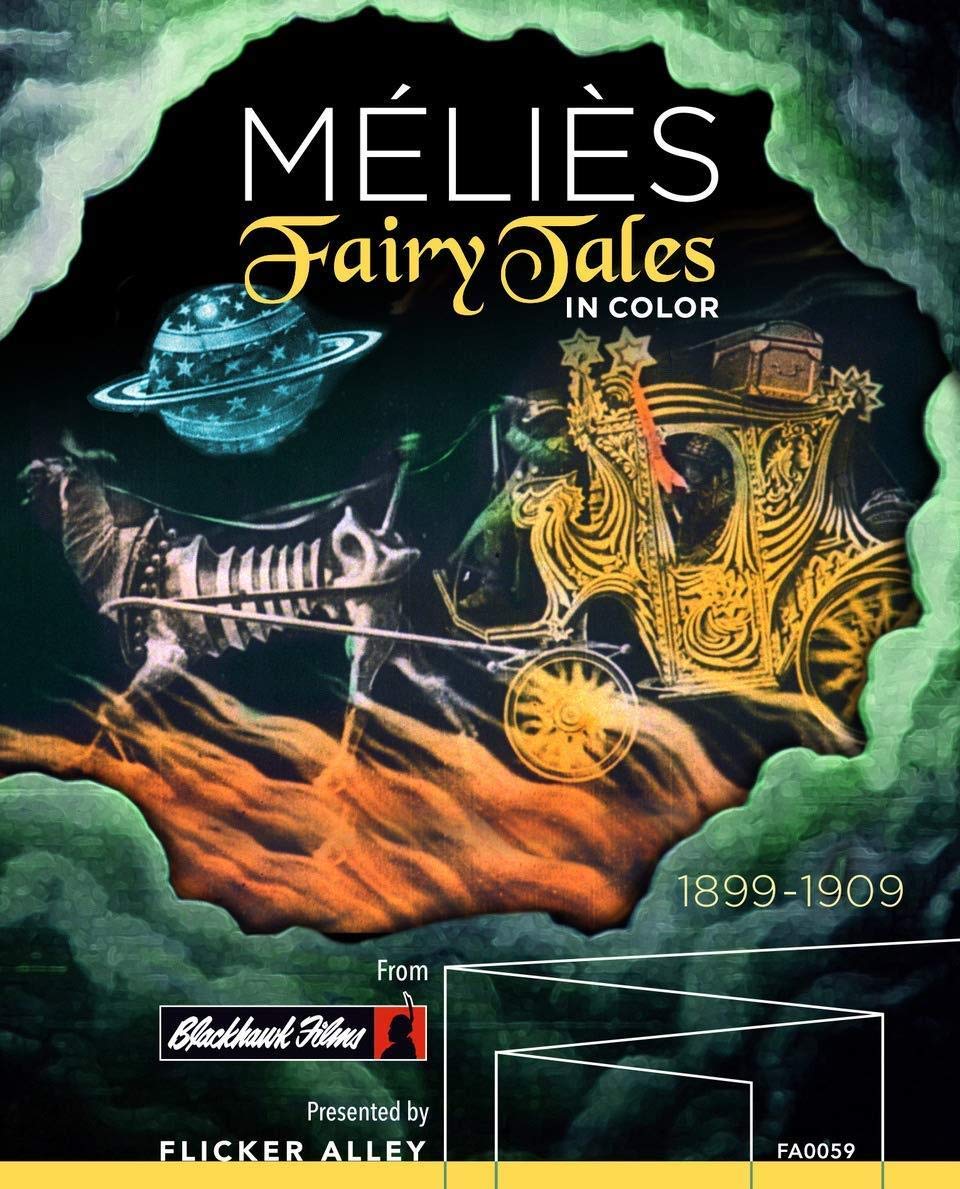 Review written by MRL Staffer, Robert Statzer, September 2022
Link to the movie in the MRL Catalog.

Upon seeing an early demonstration of motion pictures, French magician Georges Méliès was one of the first people to realize the potential movies had.  Deciding to produce films himself, Méliès combined trick photography with the illusions of stage magic to tell tales of fantasy and legend, creating a legacy that has caused him to be regarded as the “Father of Special Effects.”

This DVD/Blu-ray combo set of Méliès: Fairy Tales in Color presents 13 newly-restored fantasy shorts with accompanying music and narration.  Made in the decade between 1899 and 1909, the collection includes The Pillar of Fire, Joan of Arc, A Trip to the Moon, Robinson Crusoe, The Kingdom of Fairies, The Infernal Cauldron, The Impossible Dream, Rip Van Winkle’s Dream, The Inventor Crazybrain and His Wonderful Airship, The Merry Frolics of Satan, The Witch, The Diabolic Tenant and Whimsical Illusions.  Perhaps the most famous of these, 1902’s A Trip to the Moon, was inspired by the works of Jules Verne (From the Earth to the Moon) and H.G. Wells (The First Men in the Moon).  The short subject was an international hit in its day, and the film and its creator became the basis for the 2007 Brian Selznick novel The Invention of Hugo Cabaret, which director Martin Scorsese brought to the screen with his Academy Award-winning 2011 motion picture, Hugo.

For viewers interested in the story behind the stories, Méliès: Fairy Tales in Color also includes a 28 page booklet which discusses the restoration of the films, and explains Méliès’ pioneering work in the early use of color.  To achieve this extra touch of showmanship in his movies, each frame of film had to have its colors applied by hand, with different dyes painted onto the individual characters or elements in the frame to give it a Victorian storybook look.